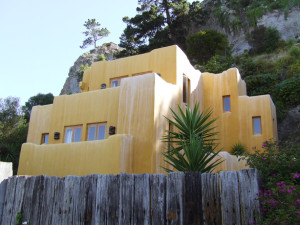 If you’ve been charged with burglary, a competent Jacksonville criminal defense lawyer may be able to get your charges reduced to trespass, or even have them dismissed. While both are crimes, the distinction between burglary and trespass can make a huge difference in the outcome of your case and upon your life going forward.

There are different varieties of burglary. In discussing the highly significant differences between burglary and trespass in this blog entry, I will be referring to the crime of burglary of a dwelling.

Burglary is defined as the unlawful entry onto or into the property of another with the intent to commit a crime therein. Burglary of a dwelling is a second degree felony punishable by a maximum of 15 years in state prison.  A dwelling, unlike a structure (non-residential building) or a conveyance (car), is a place where people live or is intended for people to live. While there is no mandatory prison time for the offense of burglary, the minimum prison time for burglary under the Florida Criminal Punishment Code Scoresheet is 21 months.

Trespass, on the other hand is merely a misdemeanor. Trespass is defined as the unlawful entry onto or into the property of another. Therefore, unlike trespass, to be convicted of burglary in the State of Florida, in addition to proving you entered onto or into the dwelling of another, the State must also prove you intended to commit a crime therein. The most typical “crime therein” in a burglary case is theft.

Intent is a subjective state of mind.  It is therefore hard to prove directly. Rather, prosecutors often rely on indirect evidence to prove the requisite element of intent in a burglary prosecution. If there is no, or weak, evidence of your intent to commit a crime once inside the property, the most the State can prove against you is the misdemeanor crime of trespass.

To underscore the difference between burglary and trespass, consider the following fact patterns. First, suppose you enter someone’s house to steal their electronics and jewelry. Because you entered with the intent to commit the crime of theft once inside, your conduct would satisfy the elements constituting the crime of battery.

In contrast, suppose in the midst of an argument with your girlfriend over the contents of photographs and/or text messages on her cell phone you decide to drive over to her house to have her delete those items from her phone. You arrive, enter her apartment through a window, find your girlfriend, push her to the floor in obtaining her phone, delete the text messages and photos, and then return to your home. Hours later the police show up and arrest you for among others, burglary. In this example, when you entered your girlfriend’s home your intention was to get texts and photos off her phone, not to commit a crime like theft once inside. Because the subjective intent necessary to constitute the crime of burglary is lacking, a good criminal defense lawyer should be able to get your charges in this example reduced to trespass.

As a criminal defense attorney, I always analyze my burglary cases for evidence to negate the necessary element of intent with the goal of either getting the felony charges reduced to misdemeanors or outright dismissed, as appropriate. While after my analysis you may still be charged with a crime, it is much better to face misdemeanor rather than felony charges.  You cannot be sent to prison for a misdemeanor. Also, a misdemeanor conviction will not deprive you of your civil rights, nor does it carry the stigma of a felony conviction which has life-long consequences to your employment and educational opportunities.

If you or a member of your family are facing burglary charges, call me to discuss your options.  I may be able to get your charges reduced, or possibly dismissed.